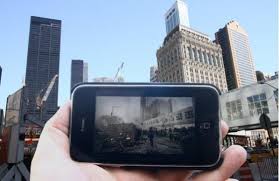 So I was listening to the radio this morning and like everyone else, the DJ’s were talking about the upcoming tenth anniversary of 9/11. Not that talking about 9/11 is nothing special to talk about (that would just be insensitive), but it’s pretty much the hot topic in the news right now. And that obviously means that every question, sound bite and memory gets regurgitated and repeated to the enth degree and just becomes boring. It’s pretty much things any media-based dude can just skim over and look or wait for the goods that make a piece unique.

That unique piece was heard this morning when one of the DJ’s randomly threw out the question of what would’ve it been like had the technologies and innovations of smart phones, Twitter and Facebook were around when 9/11 was going on? END_OF_DOCUMENT_TOKEN_TO_BE_REPLACED

Promote Your Page Too
NetworkedBlogs